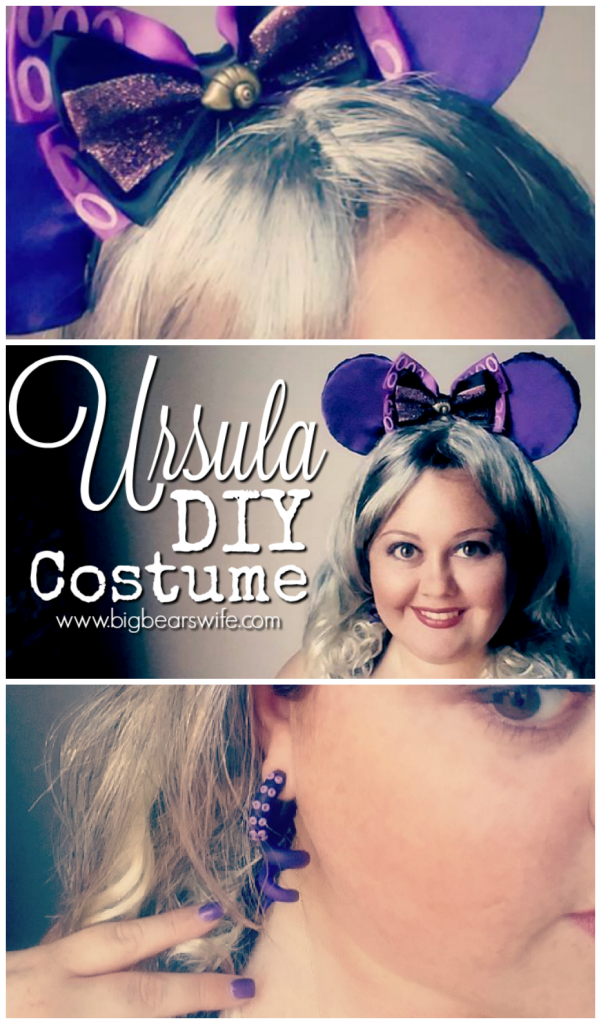 Even though we’ve already gone to Disney World and traveled back home I’m still counting down to the Halloween Party in my head.  It’s so weird. I guess because the whole reason for the trip was for the Disney Halloween Party and since we didn’t get to go to it, I’m like still waiting for the party…even though I know good and well that it isn’t happening.  I guess that’s what happens when you spend 6-8 months planning for something and poof it just doesn’t happen.

I mean y’all….I’m to the point where I see something that’s Disney and I smile and then it turns into “I don’t even want to see that Disney stuff!” — Y’all KNOW that’s not me. haha what’s wrong with me. I’m like totally holding a grudge and I’m not meaning too. haha

I guess I just need to plan another trip or another event to take my mind off of it and look forward to something else. haha

I had put together this DIY Ursula Costume for the Disney‘s party and even though I don’t have any photo from Disney with the Ursula Costume on, I did take a few snapshots. Mainly because after spending months collecting the perfect pieces, I just wanted to actually be able to wear it for a minute and because I wanted to post it on the blog. 😉

I love “pieced together” costumes so much better than ones you can buy from the store. I love the personal touches, I love searching for matching theme pieces and I love the final results.

So this is what I used and where I got it!

Let’s start from top to bottom!

The ears…..oh those Ursula Mouse Ears! I made those and I put a photo, step by step tutorial on the blog for them.  They’re pretty easy to make and I may or may not be obsessed with making mouse ears now. Shhh, don’t tell anyone though because that makes me sound like a weirdo.  Those were actually the first pair I ever made so they’re not 100% perfect but I love them. I’m getting better at them now though. 🙂

Perhaps I should start selling them on Etsy? Maybe. We’ll see.

If you don’t want to make your own though, it looks like you can find tons of custom mouse ears on Etsy; just search for “Ursula Mouse Ears” and you’ll find a bunch to buy.

No, your Ursula doesn’t need mouse ears. I made mouse ears because I was supposed to wear this to the Mickey’s Not So Scary Halloween Party at Disney World. You can totally do this without them.

No, that’s not my hair. haha. It’s a wig.  😉 I know that Ursula has super short hair but I HATE myself with super short hair, so I went with a longer hair style because that’s what I like. I found this wig at the Spirit Halloween store BUT also found the exact one at Walmart a few weeks later for a lot less money.

I also found the same wig I bought on Amazon. But trust me, go look at the photo so you know what wig to look for and then go get it from Walmart. It’s like $6 at our Walmart and I paid $20. That’s what I get for not looking around.

However, you can also just go with the regular Ursula style wig if you want. I know you can find those online too. 🙂

For my makeup, I just did my regular makeup but switched out my normal eyeshadow for a purple and silver. I also put my eye shadow on a lot heavier than I normally would.  I also used a red color lipstick because we all know that Ursula loves her red lipstick!

I didn’t paint my body blue/purple like some makeup tutorials because I’m not about that life. hahaha Well, no, it’s really because I didn’t want to spend hours washing blue/purple make up off of my face and arms. No thank you.

You can also add Ursula’s beauty mark on your chin with an eyeliner pen. I tried it for my look and it looked weird so I took it off.

The earrings were probably one of my favorite pieces of this costume other than the mouse ears.

I bought these Ursula Fake Gauges from JuneTiger on Etsy!

She makes Tentacle Gauges too but since my ears are not stretched, I choose the “fake gauge” earrings.

They hook just like regular earrings and they’re made out of clay.

I think that they’re absolutely adorable and I’m debating on if I can get away with wearing them with a normal everyday outfit haha.

I found this shell necklace at Hot Topic for like $6 in the clearance section. However, I just checked and it looks like you can find the same Ursula Shell necklace on the Hot Topic website.

Ursula NEEDS her shell necklace, so don’t forget it!

If you’re looking for a bigger option, Etsy has some fun ones as well.

YES! You read that right! The main part of my costume is an apron!

I bought this Ursula apron from AJsCafe on Etsy!  I LOVE it! Ok, I think I already said that but I really do.  Not only was it PERFECT for my costume  but HELLO, it’s an apron! So once Halloween is over, it’s going to hang in my kitchen. I love it when a costume looks wonderful but can also be broken down and used in real life after Halloween.

She has a TON of Disney Character themed aprons too. So, even if you’re not into being Ursula for Halloween you should still check out her shop because she does amazing work.

I even sent her my measurements to make sure that the tie would be long enough for me and she made sure that everything would fit.

Now this is a wrap-around apron, so it does cover the font as well as your butt, however, the back is exposed. I just wore a black tank top and black Capri leggings under it! 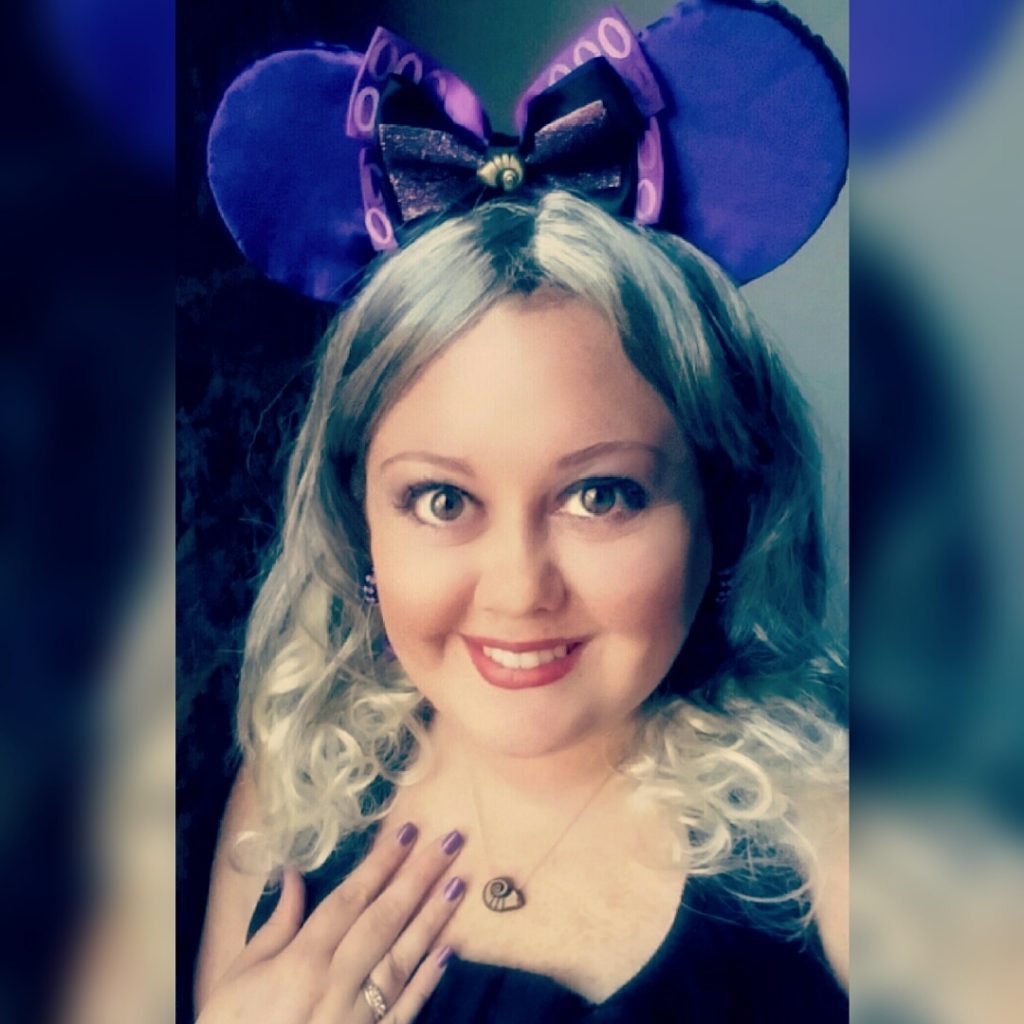 That’s my Ursula Costume! I loved it. I hope you love it! IF you go as Ursula (even if you don’t use this tutorial) I’d love to see your costume! Tag me on Instagram @bigbearswife @southernhalloweenqueen or hashtag #BigBearsWifeUrsula

Actually, even if you’re not Ursula, I’d love to see your costumes! haha

(If you’re looking for another Simple Disney DIY costume, I’ve got my DIY Minnie Mouse from last year on the blog too! ) 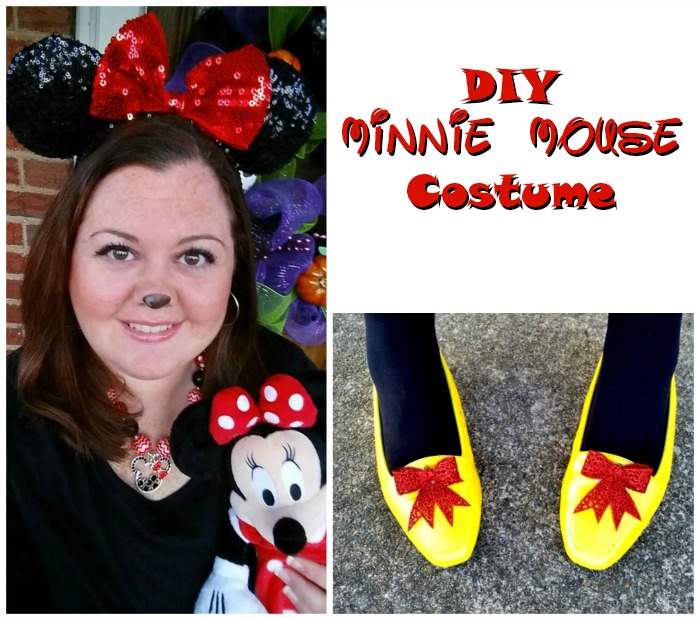 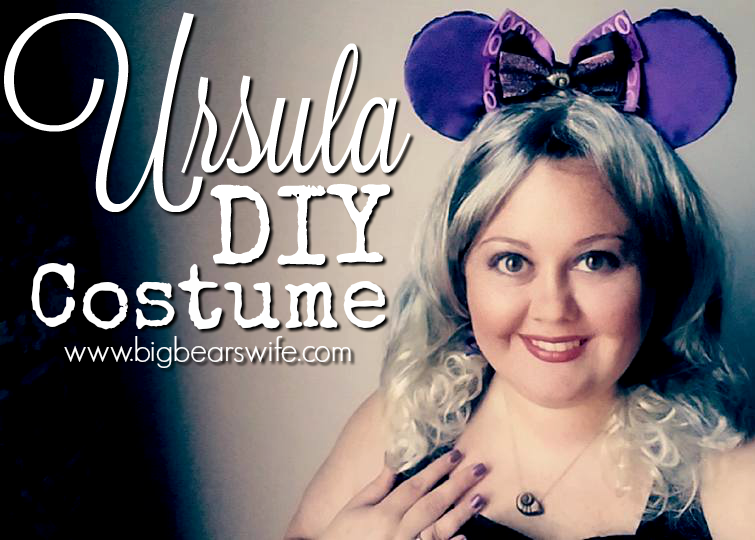 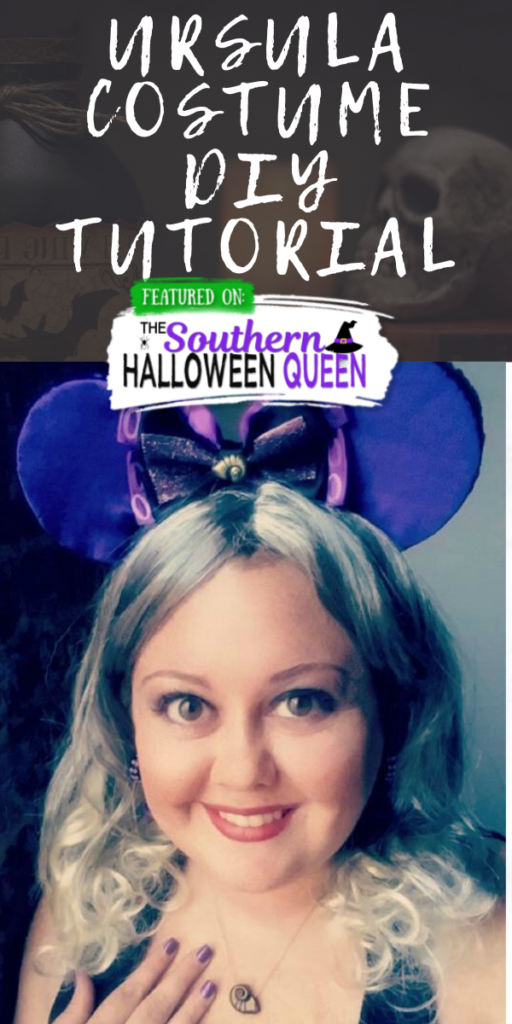